MATT AND BEN by Mindy Kaling and Brenda Withers

DISNEY’S BEAUTY AND THE BEAST

ALL NEW PEOPLE by Zach Braff

WATA Night Under the Stars: June 12 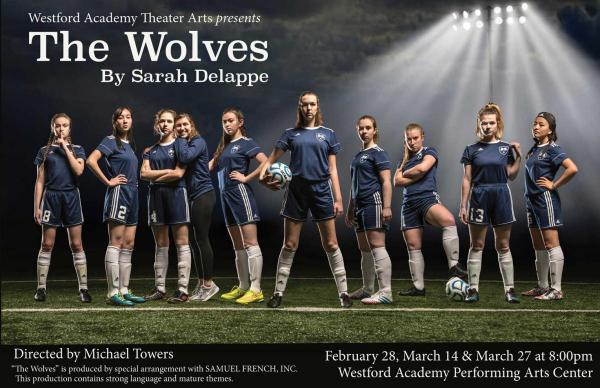 In addition to the production's advancement to the Semi Finals, ten Westford Academy Students were named to the ALL STAR COMPANY including:

THE WOLVES can be seen on Thursday March 14 at 8:00 pm in the Westford Academy Performing Arts Center.  General Admission Seats will be sold at the door.  Adults: $10.00  Students and Seniors: $5.00